When I get up in the morning,
I jump into the shower.
I turn the water on full force
And lather up some soap.
Then I commence to scrubbing
From my head down to my toes,
So I won’t keep on wearing
Yesterday’s dirt.

Yesterdays’ dirt was something awful;
I was really quite a mess,
And I wondered if I ever could get clean.
But when I’d finished bathing
And the dirt all washed away,
It’s amazing what a little soap can do.

Then I slip off to some quiet spot
With my Bible in my hand,
So I can listen to the Lord
And see what He wants from me.
I immerse myself in God’s love
And scrub off with His truth;
Forgiven, I am free
Of yesterdays’ dirt.

Yesterday’s dirt was something awful;
I was really quite a mess,
And I wondered if I ever could get clean.
But when I’d finished bathing
And the dirt all washed away,
It’s amazing what the love of God can do.

Don’t ask me why I go to bed
Before I’ve had a shower.
I know I would sleep better clean
And wake up more refreshed.
But sometimes it seems harder
To do things the easy way.
Lord, don’t let this become
“Yesterday’s Dirt.”

Today’s dirt is something awful;
I am really quite a mess,
And I wonder if I ever can get clean.
But when I finish bathing,
I know the dirt will wash away;
It’s amazing what the Love of God can do.

I hope the words to this song have left you smiling. Maybe even laughing. I mean, who but me would write a song about taking a shower? (Unless you’re old enough to remember Bobby Darin’s hit from the fifties, “Splish Splash.”) Or even use showering as a metaphor for something else?

Yet the message is quite serious. The dirt I’ve described is guilt. The shower itself is the overall process of seeking and receiving God’s forgiveness. The soap we scrub with is His love. The water is His willingness–His desire–to forgive us. And the resulting cleanliness is freedom from guilt.

You probably caught that part, though.

The real importance of this message is that we so often–too often–wallow in our guilt for a period of time before we finally turn to God rather than come to Him when we first became aware that we’ve sinned. We could have “showered” then without suffering unnecessary guilt and enjoyed His forgiveness and the freedom from guilt all the sooner.

Have you been postponing this kind of shower for something you’ve done? It’s not too late, you know.

Here’s an audio recording from 1993, the only one I ever made of this song. And here’s a PDF of the lead sheet.

I’ll be back again next Wednesday. Please join me then. Better still, sign up to receive these weekly posts by email. 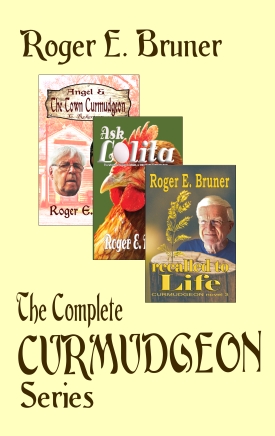 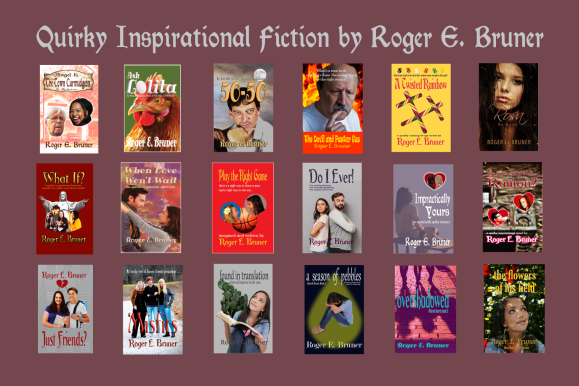 Seventy-five-year-old Roger E. Bruner is the author and publisher of twenty Christian novels and the writer of more than two hundred Christian songs and choruses, a handful of musical dramas, and a number of shorter works. He sings, plays guitar and bass, and records his original songs in his home studio. He is active in his church's nursing home ministry He also plays bass guitar on the church raise team. Married for seventeen years to Kathleen, he has one grown daughter. Kathleen has two. Roger enjoys reading, moderate exercise, photography and book cover design (he's done all of his own except for Rosa No-Name), playing Snood, making walking sticks, and complaining about the state of the nation while continuing to pray for it.
View all posts by Roger E. Bruner →
This entry was posted in Cleansing, Dirt, Forgiveness, Guilt, Shower, Soap, Uncategorized and tagged As I Come Singing, Cleansing, Forgiveness, Free Christian Lead Sheets, Free Christian Lyrics, Guilt, On Aging Gracelessly, Roger E. Bruner, Shower, Sin, Soap. Bookmark the permalink.