As I got into the car on a Saturday morning,
I chanced to turn the CB radio on,
When I heard a female voice asking local information
About how to find a particular place in town.
When no one answered her, I knew that I must try;
Though in a hurry, I somehow couldn’t count the cost,
For I realized I’d been there once myself;
I know how it feels to be lost.

So I spoke into the mic and I asked her location,
And I told her to stay where she was for a while,
And I started off on my mission of mercy
With a hurried and worried smile.
But I’m so bad at giving directions,
I had her head just spinnin’ around;
So instead I led her to her destination.
I know how it feels to be found. 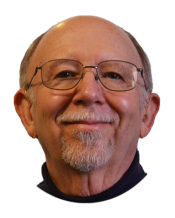 Many of you–maybe most–are too young to remember the Citizens Band radio craze that was popular during the early seventies, but it seemed like everyone had a CB radio in the car; many people also had a base station at home. Not only did these radios provide a great means of communication during those days before cell phones, they also provided a wonderful social outlet for many of its users.

My wife of the time and I were among the CB crazies, and we took it seriously. So it’s not surprising that I would have turned the car CB on when we started out to breakfast one Saturday morning. We were living in Easton, Maryland, at the time.

A lady trucker who identified herself by the handle Paddlefoot was on her way from Atlanta–or at least she was from Atlanta–to Waverly Press there in Easton. I knew where it was, but I couldn’t think to tell her over the air, so I found out where she was and asked her to stay there since we were just a couple of minutes away.

I’m a whole lot better at putting things in writing than I am using spoken words, and my attempts to tell Paddlefoot how to reach Waverly Press in an eighteen-wheeler were getting worse and worse. I finally just told her to follow me. We led her there without any problems.

My wife had a pamphlet of Scriptures from Christian Women’s Club in her purse, which she gave to Paddlefoot in an effort to explain why we had gone out of our way to help her.

This song was a lot of fun to do way back then, but with CB radio being so passe, it would be almost meaningless now–even with all the explanation I’m giving you. Nonetheless, I thought I’d share it today because it tells a good story and teaches a good lesson.

Seventy-five-year-old Roger E. Bruner is the author and publisher of twenty Christian novels and the writer of more than two hundred Christian songs and choruses, a handful of musical dramas, and a number of shorter works. He sings, plays guitar and bass, and records his original songs in his home studio. He is active in his church's nursing home ministry He also plays bass guitar on the church raise team. Married for seventeen years to Kathleen, he has one grown daughter. Kathleen has two. Roger enjoys reading, moderate exercise, photography and book cover design (he's done all of his own except for Rosa No-Name), playing Snood, making walking sticks, and complaining about the state of the nation while continuing to pray for it.
View all posts by Roger E. Bruner →
This entry was posted in Atlanta, CB Radio, Lady Trucker, Paddlefoot and tagged As I Come Singing, CB Radio, Christian Women's Club, christianity, On Aging Gracelessly, Paddlefoot, Roger E. Bruner, Waverly Press. Bookmark the permalink.